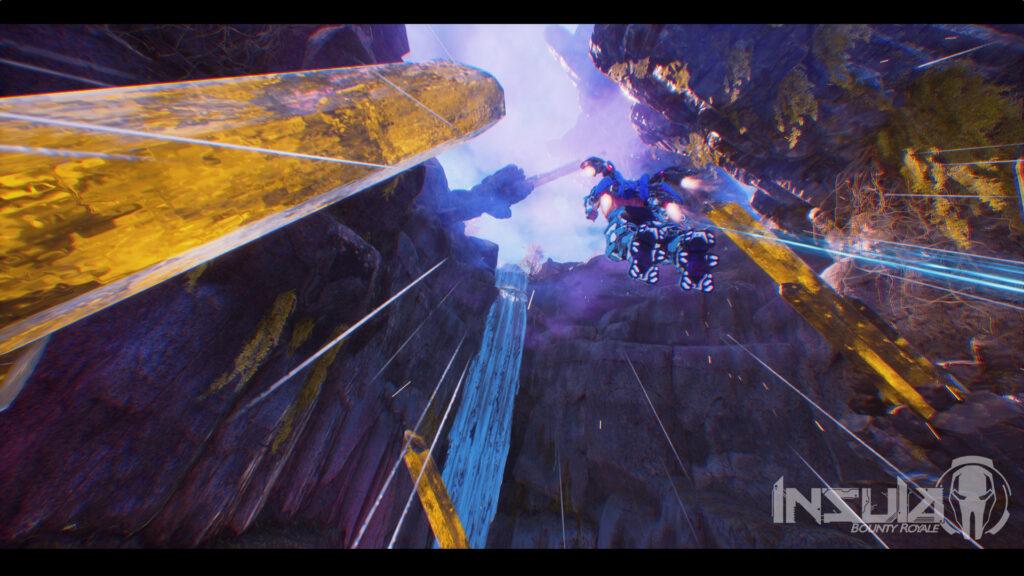 In Insula: Bounty Royale, you play as an Anthrotech, ex-military combat engineers specially trained in building and maintaining the Drakonis Anthro combat machines known as Anthrobots. Recently awoken from stasis and apparently stranded on what used to be a thriving mining colony in the atmosphere above Genesis, you must survive long enough to find out what happened and find a way home.

Insula: Bounty Royale, is the first-ever arena shooter built atop some of the more popular battle royale mechanics, to fully intertwine a compelling and adrenaline-filled story with the competitive PvP arena gameplay. Your base is where the story plays out, segments of solo gameplay will occur to advance your story. Events in the multiplayer arena will feed directly into that story and your character’s progression through it. While the solo story aspects are optional, there is much to be gained by participating in that aspect of the game. 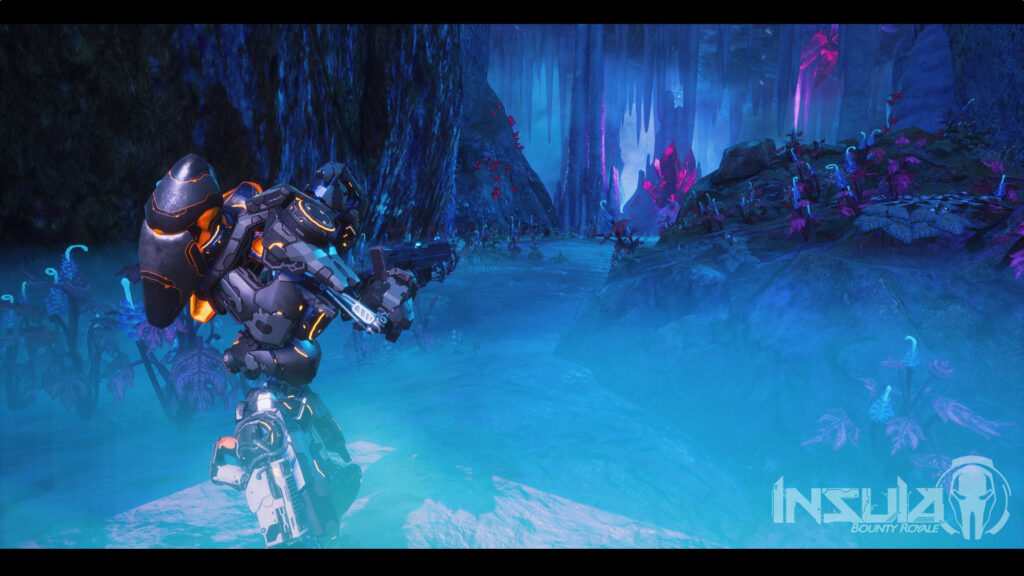